Those who think that Morgan automobiles have evolved at a very slow have never taken the time to study the Plus 4. The model did experience a number of notable visible changes in its years of production, many variants of engines, to improve performance. The Plus 4 was Morgan's premium sports car until being supplanted by the hot rod Plus 8. The plus 4's have a simple construction, excellent restoration parts supply and devoted enthusiast.

After World War II Morgan had re-introduced their 4/4 model fitted with a 1267 cc Standard engine. This continued in production until 1950 when it was replaced by the larger Plus 4 announced at the 1950 Earl's Court Motor Show. The Plus 4 at its introduction was fitted with a 2088 cc Standard Vanguard engine installed on a strengthened 4/4 chassis with a wheelbase lengthened by 4 in (102 mm). Hydraulic brakes, at first all drum, were fitted for the first time on a Morgan. In 1953 a higher performance version was announced with the 1991 cc I4 engine as used in the Triumph TR2 (a development of the Vanguard motor). The radiator grille was now surrounded by a cowl that blended into the bonnet. Front disc brakes became an option in 1959 and were standardised in 1960. From 1955 the 1991 cc Triumph TR3 motor was used and from 1962 the engine was the Triumph TR4 unit, which increased displacement to 2138 cc. In 1955 the less powerful 4/4 model re-appeared in phase II form. The 96 in (2,438 mm) wheelbase of the Plus 4 was adopted by the 4/4 when it reappeared in 1955, after which the two cars were for most purposes the same length and width.

Body styles available were a 2-seat sports, 4 seat sports and more luxurious 2 or 4 seat drophead coupé (4 seat coupé 1954-1956 only). In 1963 a fiberglass bodied coupe Plus 4 Plus was announced, but only 26 were built. One of the interesting quirks of the Plus 4 was that the engine cowling fitted so closely to the engine that there was no room for an air filter. Some owners stretched cheesecloth over the carburettor as a field-expedient.

The 4 seater coupe - aka the "Snobmog"

It is quite a common misunderstanding that a Plus 4 Coupe is called a "Snobmog", the name origins from a group of 4 seater Coupe owners in the beginnig of the 1980's. The rather small numbers of 4 seater coupe owners at the time did create the "INTERNATIONAL SOCIETY FOR MORGAN FOUR SEATER DROPHEAD COUPES"

This page is dedicated to that particular version of the Morgan Plus 4, the 4 seater Coupe, called the Snobmog. 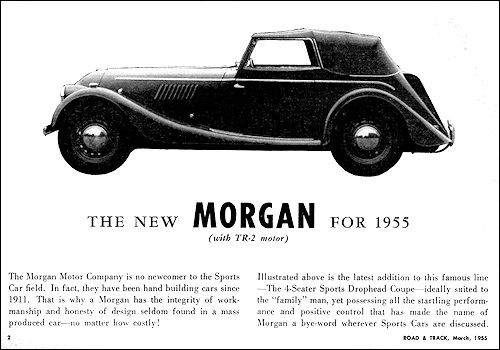 The car was rather succesful in styling, but turned out to never be an economical success at Morgans, so the production lasted only 2 years (Not counting the prototype productions). The production ended at 51 cars only (again not counting the prototypes which where produced.) The cars was a part of the model program in 1955 and 1956 only. The reason was the rather complicated production of the frame and interior. This renders the model as rather rare, and only a handful or two is recogniced as survivors today.

The last survivor have probably yet to surface, this pages lists the car which the author is aware of. If anyone know about a Plus Four 4 seater coupe not listed on these pages, please do not hesitate to notify using the contact menu. 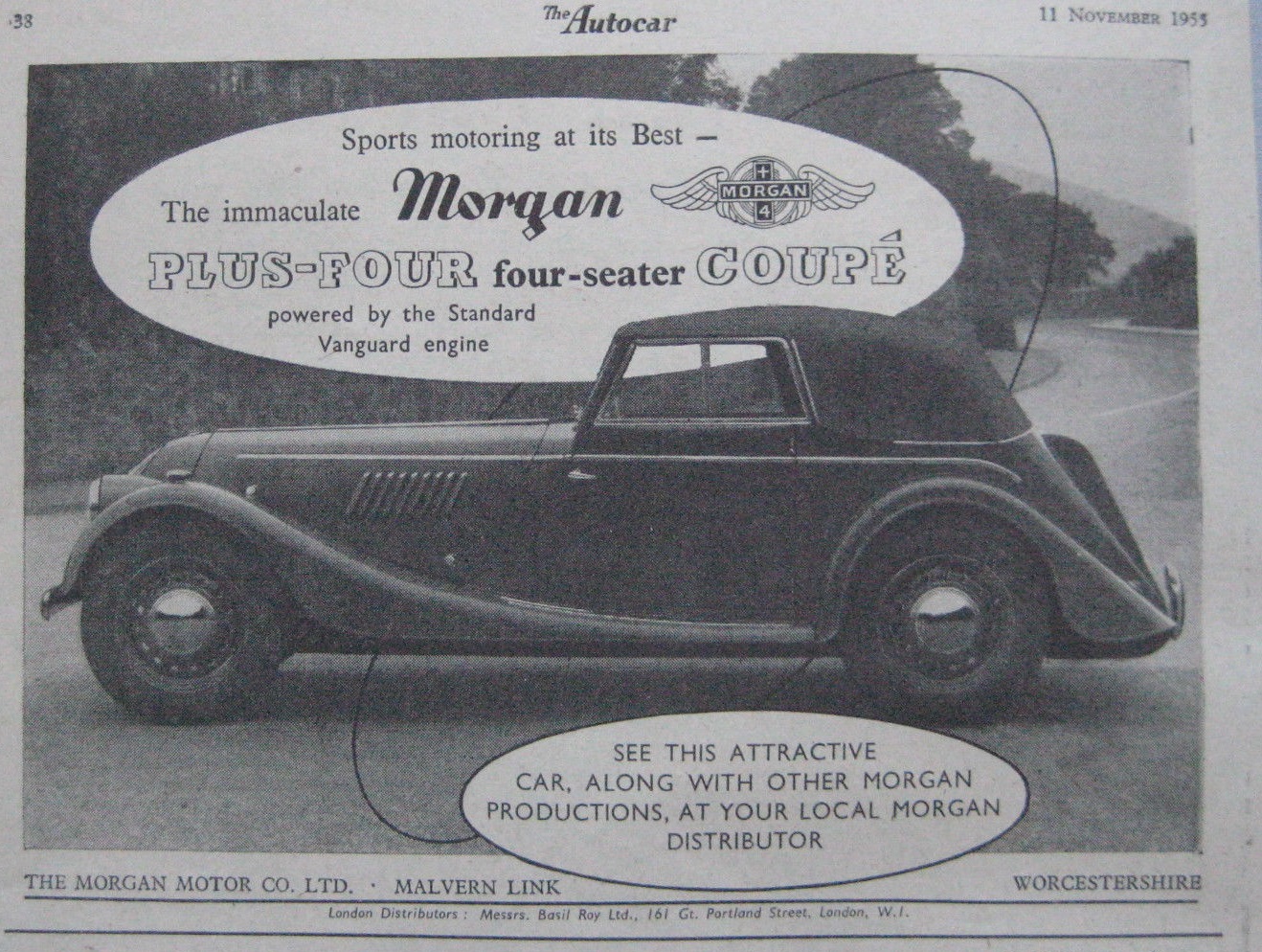 The fact was that Morgan did not make much money on the 4 seater coupe model, due to its complexity when building. This ment the car was discontinued in 1956, after only 49 examples made.